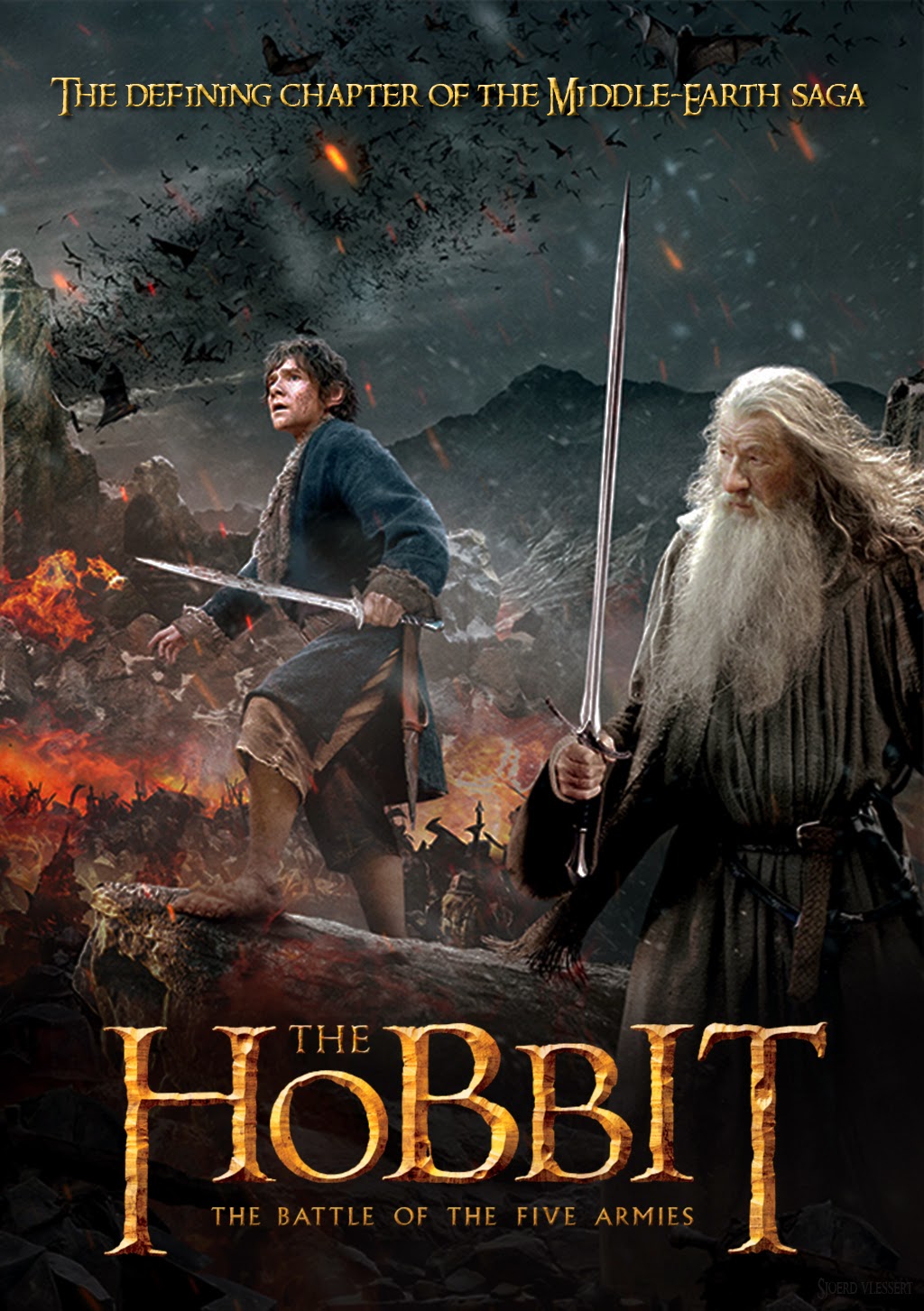 Every time Peter Jackson returns to Middle Earth, we expect something special. So, following the trajectory of the first trilogy, I hoped The Hobbit: The Battle of the Five Armies would be the best of the bunch. Make no mistake, if you haven’t seen the last two Hobbit movies, The Battle of the Five Armies is not for you. Smaug the dragon has risen from his slumber and been unleashed upon an unsuspecting Laketown, leaving his vast hoard up for grabs. A fitting conclusion to Jackson’s prequel trilogy and a triumphant adieu to Middle-earth.

Picking up where The Hobbit: The Desolation Of Smaug ends, we actually see said desolation take place - but it quickly gives way to the final film's main narrative thrust. The only detraction to The Hobbit: The Battle Of Five Armies is that it seems to shoe horn too much of the already overstuffed cast into the film. The story plays out the final few scenes from The Hobbit over a span of 144 minutes, and it flew by pretty fast from my perspective. An Unexpected Journey and The Desolation of Smaug both told their own stories, presented as part of a larger whole but still self-contained. The movie has some positive bits. Thorin’s arc was, for the most part, done really well, and Richard Armitage performed beautifully.

There were also the requisite amazing battle moments we’ve come to expect from Jackson. For those who have been keeping up with this trilogy – and my reviews of it – as it rolled out, not a tremendous amount has changed. We could go on for page after page covering the places where the plot veers wildly away from the book. If you are a hard core Tolkien originalist, take some sort of sedative before you go. Five Armies is most definitely his story and the film is stronger for it. That and the propensity for engaging action. Caught up in all this, Bilbo finds himself fighting for his life in 'The Battle of the Five Armies', as Middle-earth's future hangs in the balance.

Having reclaimed their homeland from the Dragon Smaug, the Company has unwittingly unleashed a deadly force into the world. Taking up moments from The Desolation of Smaug, the dragon proceeds to lay waste to Late-town before Luke Evans punctures its heart with a steel arrow. It never comes close to emulating the magic and wonder of the first trilogy but Battle of the Five Armies is far more engaging that its two predecessors.
Posted by Michello at 4:40 AM